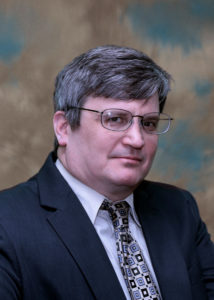 Ken grew up in the state of Maryland, right outside our nation’s capital, Washington, DC.  After graduating high school Ken enlisted in the United States Marine Corps and he served eight years in the Marine Corps Reserves where he proudly served as a corporal in Iraq and Kuwait during Operation Desert Shield/Storm.  After returning from the first Gulf War Ken  graduated from the University of Maryland at College Park with a Bachelor of Arts in Political Science. Ken then moved to St. Louis to attend Washington University School of Law, where he earned his Juris Doctorate (Law Degree) and was a distinguished recipient of the Scholars in Law Award.  During law school, Ken spent a summer as an intern for trial judges in Polk County, Wisconsin, and was a participant in a law school clinic with the St. Louis County Public Defender’s office.

In 2002 Ken became licensed to practice law by the Supreme Court of Missouri and is therefore eligible to practice in all state courts throughout the great state of Missouri. Additionally, Ken has also been admitted to practice in the United States Federal District Court for the Eastern District of Missouri.  Since passing the bar exam, Ken has worked at two other thriving St. Louis-area personal injury law firms, where he honed his excellent litigation skills on matters including, but were not limited to, automobile accidents, slip and falls, and toxic mold litigation.  Ken’s prior service to our country and extensive personal injury litigation experience has instilled in him a love for helping people and his successful experience aggressively representing the victimized and disadvantaged has surely prepared him to assist the disabled and/or injured accident victims in their quest for justice.

When Ken is not working, he enjoys spending time with his family, reading, and lifting weights.  Ken also graciously serves as a Legal Observer for the St. Louis Chapter of the National Lawyers Guild where he protected the legal rights of the citizen protesters during the Occupy, Mike Brown, and Jason Stockley protests.