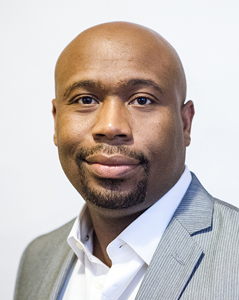 Roderick C. White is a highly-skilled, well-experienced, and successful trial lawyer who has historically focused his practice on criminal defense, personal injury, and civil rights cases.  During his legal career which began in 2002, Roderick has successfully obtained numerous “not guilty” verdicts for his criminal defense clients and well-over $150 Million in verdicts and settlements for his accident/injury clients.  After earning his bachelor’s degree from Louisiana State University in Baton Rouge, Louisiana, where he repeatedly earned the honors of being placed on the Dean’s List and was elected to the Student Senate, Roderick earned his Juris Doctorate (Law Degree) at the University of Houston Law Center. While a law student, Roderick was awarded a prestigious fellowship to clerk at one of the most the prestigious capital defense post-conviction law firms in the nation, the Texas Defender Service, where he investigated, researched, and prepared the final appeals of Texas death row inmates.

Roderick also has a Master’s degree in Sociology from the University of Houston where he was awarded a Graduate Teaching Assistant Fellowship. While a sociology graduate student his research emphasis and thesis focused on the sociology of law, capital punishment, and criminology. While in Houston Roderick also served as a law clerk at the Houston branch of the NAACP where he assisted members of low-income communities with various civil rights issues.

Because he is licensed to practice law by the Supreme Courts of Texas, Missouri, and Illinois, Roderick is eligible to practice in the state courts of all three great states; however, a substantial portion of his civil rights and criminal defense practice is conducted in various federal courts around the nation. Roderick is a member of the American Bar Association (ABA), the American Trial Lawyers Association (ATLA), and the National Association of Criminal Defense Lawyers (NACDL).

Roderick is also a proud veteran of the United States Army where he served in the Middle East, South Korea, and in the famed First Cavalry Division at Fort Hood, Texas. While in the Army he was awarded an Army Commendation Medal and two Army Achievement Medals. When not working Roderick enjoys reading, traveling, spending time with family and friends, and is an avid Dallas Cowboys fan.